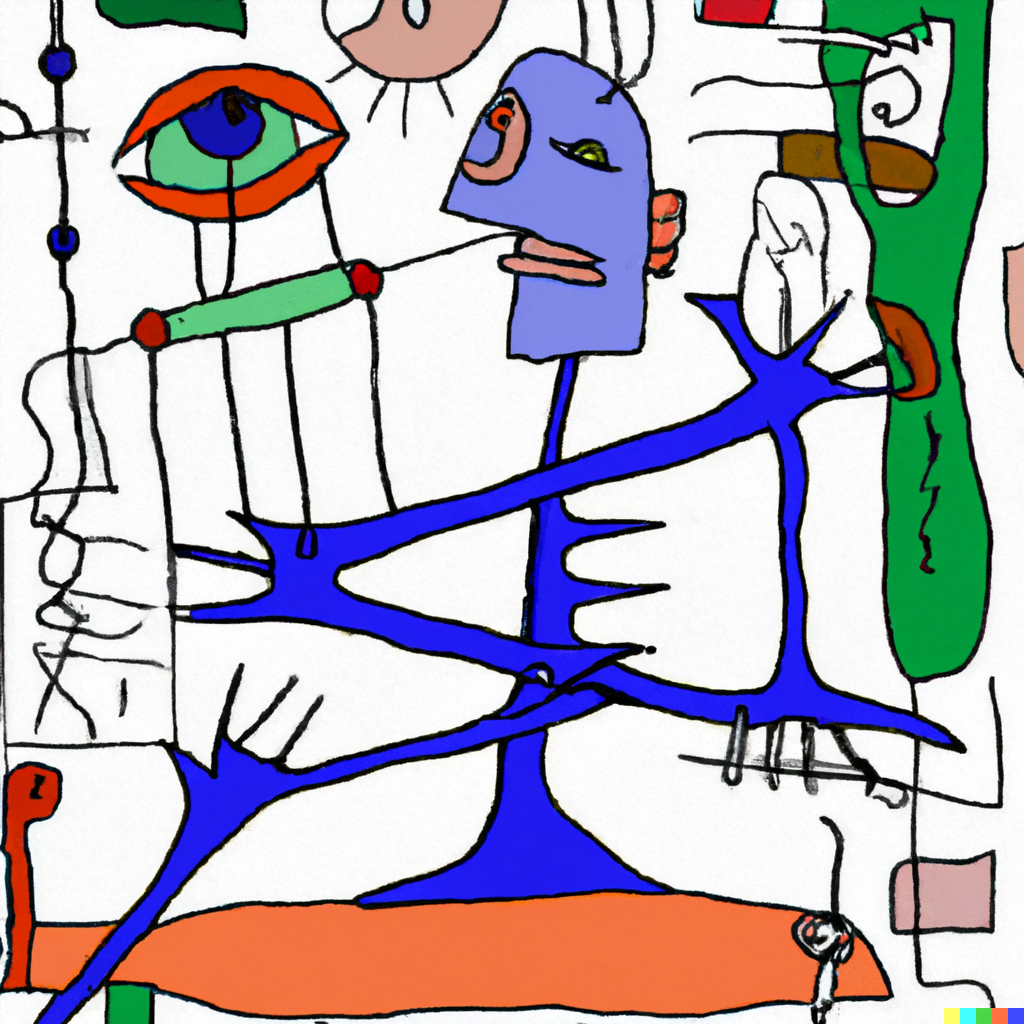 The autonomic nervous system (ANS) sympathetic and parasympathetic branches regulate and control the body's various glands, organs, and involuntary muscles (e.g., vocalization, swallowing, heart rate, respiration, gastric secretion, and intestinal motility). The vagus nerve (cranial nerve X) is a mixed nerve formed of 80% "afferent" (sensory) fibers and 20% "efferent" fibers, which send signals from the brain to the body (carrying information from the body to the brain). The main parasympathetic component of the ANS is the efferent cholinergic fibers.

However, one essential function of the vagus nerve is to send and/or mediate sensory data from all over the body to the brain. The left and right vagus nerves exit the brainstem and travel through the neck, the jugular vein and carotid artery, the upper chest, the trachea, the lower chest and diaphragm, and the esophagus, and finally, into the abdominal cavity. The larynx, pharynx, heart, lungs, and gastrointestinal system are a few of the different structures enervated during this cycle. The sensory afferent fibers in the brainstem end in the nucleus tractus solitarius, which then transmits fibers that connect directly or indirectly to various parts of the brain. Some of these structures are the dorsal raphe nuclei, locus ceruleus, amygdala, hypothalamus, thalamus, and orbitofrontal cortex .

The Role of Inflammation and Inflammatory Reflex

Inflammation is necessary for efficient antimicrobial defense and the immune system's response to tissue damage. However, it must be adequately controlled and ultimately resolved to prevent excessive tissue damage and the onset of inflammatory diseases. The active reduction of inflammation is a crucial method for reestablishing homeostasis. Inflammation that does not resolve, which is the root cause of many chronic inflammatory disorders, may develop from defective resolution. The termination of neutrophil infiltration and the encouragement of macrophage reparative activities, including the removal of apoptotic cells from afflicted tissues by efferocytosis, are essential steps in the resolution of inflammation.
Controlling inflammation depends on the immune system and the brain communicating with one another. In order to control proinflammatory cytokine production and inflammation, the inflammatory reflex is a centrally integrated physiological mechanism in which afferent vagus nerve signaling, which is activated by cytokines or pathogen-derived products, is functionally associated with efferent vagus nerve-mediated output. Due to brain injuries or genetic disorders of crucial components, the absence of this inflammatory reflex leads to increased innate immune responses and cytokine toxicity.

The Vagus Nerve and Immune System

The host's defense relies mainly on the innate immune system. However, excessive or unintended activation of the innate immune system can cause organ damage in a number of inflammatory circumstances, including autoimmune disorders, major surgery, sepsis, trauma, and ischemia-reperfusion injury. For instance, heart surgery triggers a systemic immune response, the severity of which is correlated with postoperative problems such as hemodynamic instability and pulmonary and renal injury. Therapeutic actions targeted at reducing the innate immune response may be advantageous in this regard. The innate immune response was once considered to be self-regulating. However, over the last few decades, it has become clear that the brain, specifically the vagus nerve, and the innate immune system are strongly connected. Inflammation in the periphery can be detected by the vagus nerve's afferent branch, which then transmits this information to the brain. Recently, it has been discovered that the efferent vagus nerve acts as a mediator for an anti-inflammatory process.
It is well known that inflammatory mediators in an inflamed area of the body convey signals to the brain via the afferent vagus nerve, causing fever, activation of the sympathetic nervous system, and the stress response, which includes the hypothalamic-pituitary-adrenal axis. Tracey et al. observed that transecting the vagus nerve (vagotomy) increased inflammation. In contrast, electrical stimulation of the efferent vagus nerve (VNS) reduced the LPS-induced inflammatory response in rats. Additionally, it was demonstrated that acetylcholine prevented primary human macrophages from releasing proinflammatory cytokines produced by LPS.
The vagus nerve's anti-inflammatory effects are mediated mainly by the nicotinic acetylcholine receptor (7nAChR) on macrophages. The vagus nerve's afferent arm detects inflammation, whereas its efferent arm attenuates it.
This route has been proposed as a reflex-like mechanism to fight excessive inflammation. Afferent vagus nerve fibers that end in the nucleus tractus solitarius synapse with fibers in the dorsal motor nucleus, where the efferent vagus nerve begins, in this vago-vagal reflex, a process that is well-known for controlling digestive functions .

The Vagus Nerve and the Neuro-endocrine-immune Axis

A significant part of the autonomic nervous system (ANS), the vagus nerve regulates metabolic equilibrium and is crucial for the neuroendocrine-immune axis, which helps to maintain homeostasis. Increases in proinflammatory cytokines that interact with the brain via neurological and humoral pathways are driven by the stimulation of immune cell receptors by pathogen- or disease-associated molecular patterns. The vagus nerve exerts an anti-inflammatory action through its afferent pathways involved in the activation/regulation of the HPA axis and adrenal gland corticosteroid release. In contrast, vagus nerve efferents act directly on immune cells or indirectly through the splenic sympathetic nerve to influence anti-inflammatory activities. The name of this pathway is the "cholinergic anti-inflammatory pathway" (CAP). An inflammatory reflex occurs when inflammatory mediators (such as cytokines) activate the vagal afferents in peripheral tissues. The vagal efferents then reduce inflammation by stifling cytokine production through the CAP.

Experimental investigations have shown that invasive VNS considerably changes proinflammatory cytokines and other indicators of inflammation, including those in animal models of endotoxemia, sepsis, shock, and colitis. In animal studies, right and left VNS also have beneficial effects on focal cerebral ischemia, which do not seem to be related to changes in cerebral blood flow. In a mouse sepsis model, transcutaneous VNS was found to lower proinflammatory indicators and increase survival. There are few clinical investigations of inflammatory markers in epilepsy patients receiving VNS. Not all of these studies, but a few of them have shown modifications linked to VNS. In ten treatment resistant depression patients, Corcoran and colleagues examined a range of peripheral cytokines before and three months after left cervical VNS implantation. Specific proinflammatory and anti-inflammatory peripheral cytokines were observed to be rising.

Heart failure is characterized by increased inflammatory cytokines and nitric oxide synthase (NOS). This enzyme catalyzes the formation of nitric oxide (NO), a highly reactive free radical oxygen species that serves as a gaseous signaling molecule. VNS controls the inflammatory response and NOS production in heart failure animal experiments. Stress and depression in people have been linked to variations in NO. It has been demonstrated that interferon-alfa causes NOS and NO release. An innate immune cytokine called interferon-alfa has antiviral and antiproliferative properties. It also produces depression and is a potent activator of proinflammatory cytokines in the peripheral and central nervous systems. It is unknown if VNS affects NOS or NO in people with heart disease or depression.

By affecting the hypothalamic-pituitary-adrenal axis and the autonomic system, which regulates essential immune organs, including the spleen, adrenal glands, and possibly bone marrow, the VN detects inflammation and suppresses the inflammatory response. The spleen is the key organ in the inflammatory reflex and the predominant source of systemic TNF in response to endotoxemia (peak in 2 hours; primarily secreted by splenic macrophages). After converging at the celiac ganglion to form post-ganglionic noradrenergic splenic nerves, which release norepinephrine in the spleen, preganglionic fibers from the larger splanchnic nerve and the VN (both sympathetic and parasympathetic) converge. It should be mentioned that the spleen lacks direct cholinergic innervation and that there is no direct synaptic link between the vagal nerves and the splenic nerves within the celiac ganglion. Vagal efferent stimulation does not initiate action potentials in the nerves of the spleen. The input from the splanchnic nerves is often what drives noradrenergic splenic nerve activity. The researchers noticed a 5-fold increase in the plasma TNFa response after the bilateral section of the splanchnic sympathetic nerves but not after bilateral vagotomy prior to LPS administration.

Through the autonomic system, the neurological mechanism that controls the immune system, vagal nerve stimulation (VNS) offers a way to modulate the systemic response to immunogens.
VNS may control the splenic inflammatory response via central and peripheral pathways. Studies utilizing efferent VNS have identified a peripheral non-neural pathway known as the cholinergic anti-inflammatory pathway (CAP), which is thought to involve the a7-nicotinic acetylcholine receptor (a7nAChR) and reduces the splenic inflammatory response. The anti-inflammatory VNS maximal response was seen in animal experiments at the frequency of 10 Hz as opposed to 20–30 Hz as in studies on seizures. 5 Hz and 15-20 Hz, respectively, are the frequencies that most effectively cause the release of ACh and vasoactive intestinal peptide (VIP). In response to lipopolysaccharide (LPS)-induced endotoxemia, researchers originally discovered that vagal efferent stimulation (stimulating the distal end of the transected VN) decreased the release of proinflammatory cytokines (e.g., IL-1b and TNFa). Later research identified a multi-step indirect route in CAP. Efferent VNS causes the release of ACh in the celiac ganglion, while ACh interacts with a7nAChR, causing the release of norepinephrine in the spleen. Norepinephrine produced by the spleen interacts with choline acetyltransferase-containing b2AR-expressing T-cells (CD41CD44 high CD62L low) to produce ACh. ACh inhibits the production of NFjB/STAT3 and lowers the release of TNFa, high-mobility group box 1, and other cytokines in response to endotoxemia via binding to a7nAChRs on splenic macrophages.

The role of VNS in Autoimmune and Inflammatory Diseases

7nAChR exhibits anti-inflammatory and maybe disease-modifying properties in rheumatoid arthritis. In the synovia of RA patients, a variety of cells, including macrophages, fibroblasts, T cells, and B cells, can be found to express these receptors. However, it is unclear whether the infiltration of these cells is stimulated directly by ACh or by mechanisms downstream of macrophage activation and cytokine release or whether the expression of 7nAChR is merely a secondary marker of inflammatory cell activation. VNS inhibits the release of inflammatory cytokines, joint damage, and inflammation.
Crohn's disease (CD) and ulcerative colitis (UC) are gastrointestinal tract inflammation-related disorders that are included in the group of "inflammatory bowel disease" (IBD). The activation of macrophages and cytokine pathways, notably TNF-, are significant mediators of this inflammation. The development of anti-TNF biologic treatments has revolutionized the management of IBD, particularly Chrone disease, yet neither is risk-free or entirely successful. Heart-rate variability (HRV) is decreased in IBD, indicating vagal tone is disrupted, can be linked to increased inflammatory activity, and is a promising target for future treatments.
VNS, which has shown effectiveness in IBD models, has also been shown to lessen bowel inflammation by cholinergic activation of resident macrophages in the gut that expresses the 7nAChR receptor. The vagus nerve appears crucial to the 7nAChR-mediated actions in IBD since this pathway has lately been named the "enteric CAP." According to the study, the vagus nerve can induce anti-colitic actions that are 7nAChR-independent, such as via attracting regulatory T cells (Tregs).

The possibility of creating novel therapeutic drugs for treating inflammatory diseases has been made possible by the finding that the vagus nerve has immunomodulatory activity. Understanding the efferent vagus nerve's immunosuppressive function—also known as the "cholinergic anti-inflammatory pathway"—represents a novel strategy for regulating the production of proinflammatory cytokines. In animal models of sepsis, hemorrhagic shock, and ischemia/reperfusion, VNS has reduced cytokine production, delayed the onset of shock, and increased survival. 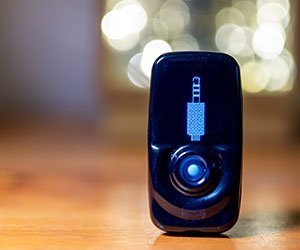 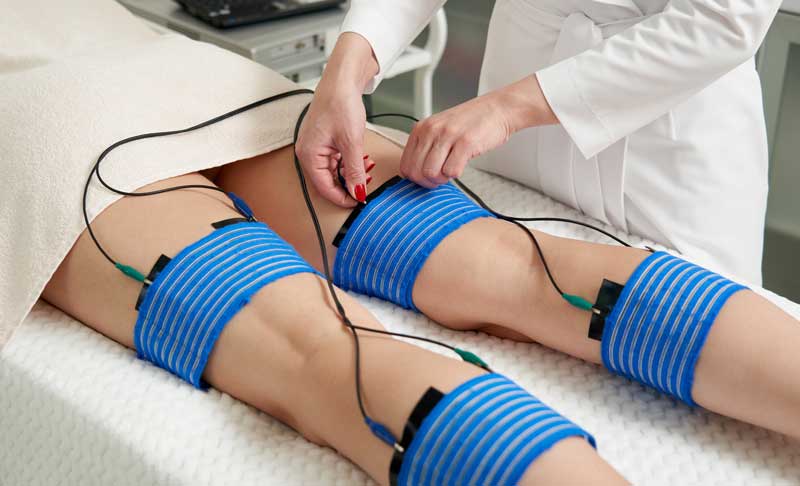