We are Back in Stock!
(but please excuse the ongoing website work)

Daily stimulation of the vagus nerve using micro electrical pulses has been shown to have a positive effect on health and wellbeing.

Decline in the activity of the nerve, particularly as we age, is linked to many minor health issues, such as mood changes, disruption of sleep patterns, problems with digestion and immune system strength, and reduced capacity for exercise.
Read More Nerves are your body’s sensing and control system. They are formed from long chains of neurons, the same cells that make up your brain. Some nerves pass down your spinal column, but others exit the brain directly into parts of the body; these are called cranial nerves, of which your vagus nerve is the longest and most complex. Vagal tone refers to the health and activity of the vagus nerve. Vagal tone has been shown to decline greatly in the over 55s and correlates with a marked increase in age related problems.

Vagal tone can be improved using a range of techniques such as meditation, massages and mindfulness as well as good eating and exercise regimes. But recent studies have shown that direct stimulation of the vagus nerve can both improve vagal tone directly and make it easier to follow the exercise and mindful regimes which also aid in the strengthening of tone.

Scientists and medics are increasingly recommending the use of vagal nerve stimulation as a path to healthier ageing.
Read More 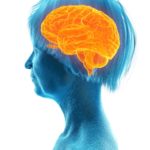