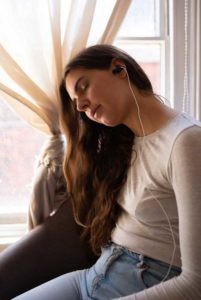 Independent publicly funded research conducted at two leading UK Universities in 2019 found that just 15minutes of vagal nerve stimulation per day can greatly improve the health and well being of all individuals in the general population, with the most dramatic improvements shown in the over 55s.

The two teams of scientists, from the Biomedical Sciences and the Life Sciences departments of Leeds and Glasgow Universities, were funded by the Dunhil Medical Trust, a charitable (not for profit) research organisation which has a particular focus on healthy aging.

The researchers found that participants experienced benefits after just two weeks of continuous daily administration of tVNS to the tragus of the ear. The most significant improvements were seen in those who began with the weakest vagal tone (a measure of the health of the vagus nerve) and suffered more from the related symptoms such as tension, depression, anger and confusion, low energy and poor quality of sleep.

All participants experienced improvements in nerve function, and related health aspects such mood, sleep, and other quality of life measurements.