Please note we are undertaking Website maintenance during early May.

Some features of the website may be unavailable during this tiime. 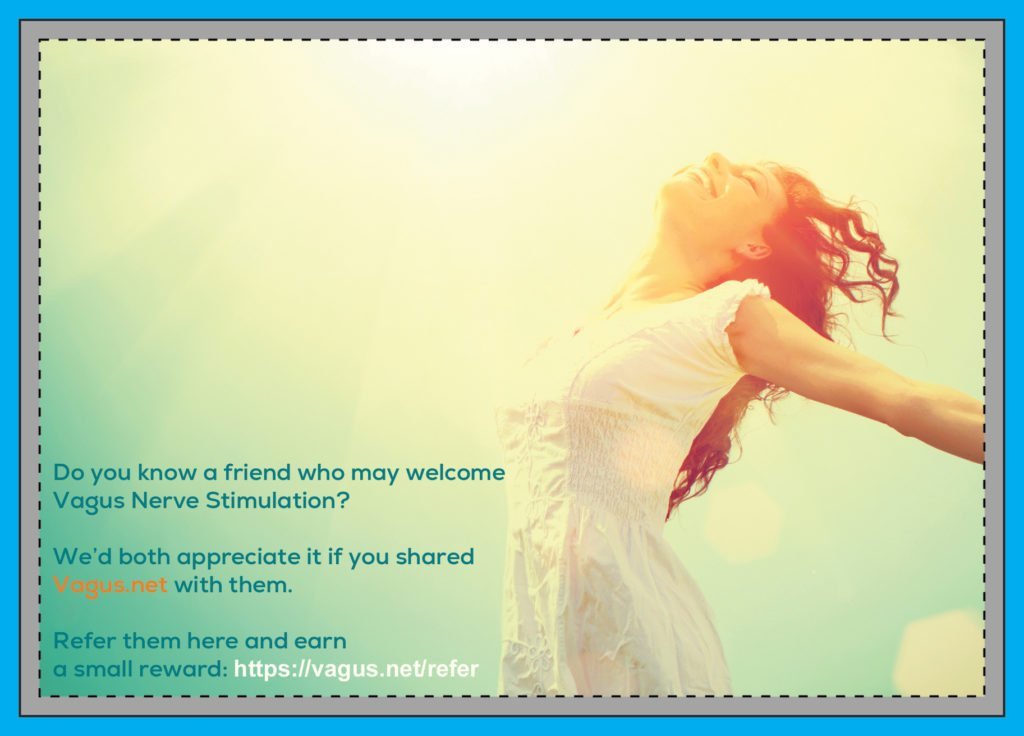 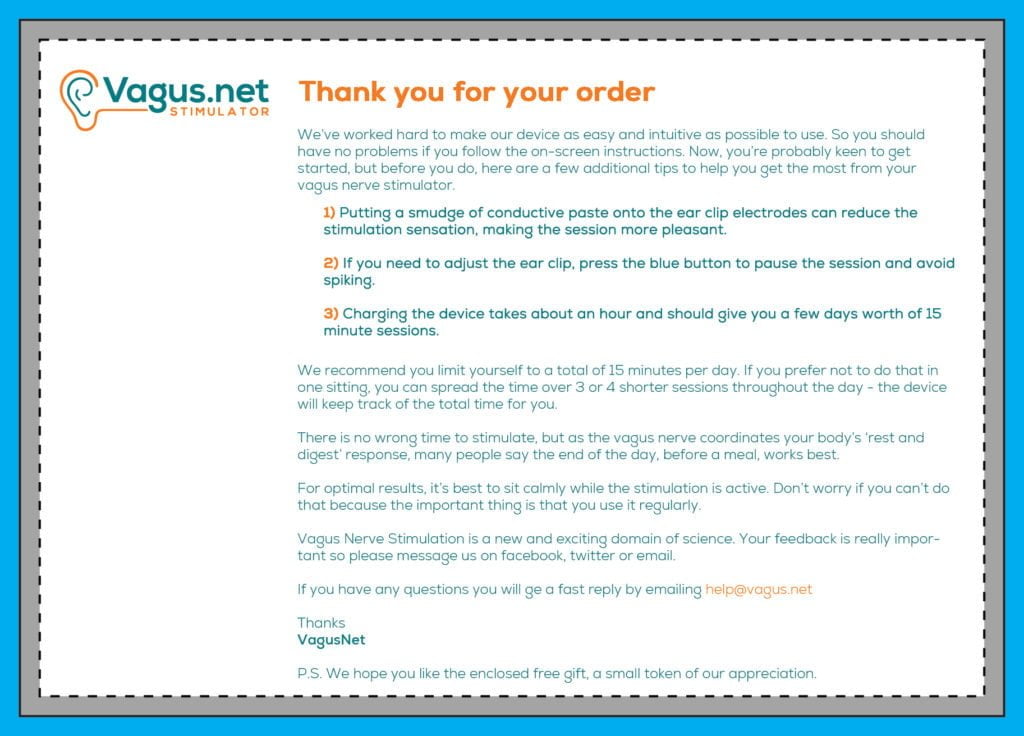 The term ‘vagus’ comes from Latin, meaning 'wandering,' which appropriately fits the description of the 10th cranial nerve or CN X as it wanders and branches throughout the body. Vagus nerve is the longest and most complicated of all 12 cranial nerves. It is a mixed nerve with both afferent (sensory) and efferent (motor) components, meaning it not only carries signals from the brain to the organs but also carries signals back from the organs to the brain. It contributes to the autonomic nervous system, with the parasympathetic nervous system being one of its most essential components, as well as some sympathetic influence.

The vagus nerve is an important component of the autonomic nervous system. It plays a vital role in the regulation of physiological homeostasis and maintaining the neuro-endocrine axis for homeostasis control through its afferent and efferent pathways. [1]

Throughout its course in the body, the vagus nerve gives off multiple branches, within the cranium, in the neck, in the thorax and in the abdomen.

Functions of the Vagus Nerve

The vagus nerve is an essential component of the parasympathetic nervous system as it oversees critical physiological functions of different organ systems, including heart rate, digestion, emotions, sweating, immune response, and articulation of speech. It transmits signals about the condition of various internal organs to the brainstem via afferent fibers from where the signals are relayed to different parts of the brain for different organ controls.[2] It plays a pivotal role in several involuntary activities and damage to it can cause multiple bodily functions to go haywire.

The vagus nerve controls multiple organs and reflexes, including; digestion, respiratory rate, sweating, coughing, swallowing, as well as vasomotor activity (constriction ad dilation of blood vessels). [3] It is responsible for transmitting neural information from different parts of the body to the brain, making this peripheral nerve one of the most important nerves in the body.

Effects on the Body:

The heart receives its parasympathetic innervation through the vagus nerve, which acts by lowering the heart rate. The right vagus nerve innervates the SA node, whereas the left vagus nerve innervates the AV node as well as the atrial and ventricular myocardium. Vagal control is abnormal in cases of heart failure and it produces worse outcomes in cases of previous myocardial infarction and heart failure [4]. Over-stimulation of the vagus nerve may lead to bradyarrhythmias, AV block, or collapse due to a massive drop in blood pressure.

There exists a bidirectional communication between the brain and the gastrointestinal tract, also called "brain-gut axis." It is based on a complex system, which includes the vagus nerve, but also other components including sympathetic, endocrine, immune, and humoral links as well as the influence of gut microbiota in order to regulate gastrointestinal homeostasis and to connect emotional and cognitive areas of the brain with gut functions. [5] The neural and endocrine pathways work together to communicate to the brain the internal environment of the gut, which in turn sends signals to the various functional effector cells, including enterochromaffin cells, intestinal cells of Cajal, immune cells, enteric neurons and epithelial cells. [6]. The vagus nerve innervates the myenteric plexus, which is responsible for gut motility. After means the vagal afferent fibers of the gut, liver, and pancreas, which rapidly provide nutrients to the alimentary canal, which in turn acts on the efferent vagal nerves, that work with a hormonal mechanism to determine the rate of nutrient absorption, storage, and mobilization [7].

The communication between the vagal nerve and brain is vital for mediating an immune response. It is a reflex phenomenon in which the vagus afferent nerve detects and is stimulated by pro-inflammatory factors like cytokines or other pathogen-derived products. A response is attenuated by the efferent fibers to counteract the inflammation and to regulate the production of pro-inflammatory factors[8.] The absence of which can result in excessive inflammation and cytokine toxicity. It, therefore, helps in regulating the body's immune response.

Vagal nerve stimulation (VNS) is a medical procedure that involves placing an electrical device under the skin of the chest and connecting it to the left vagus nerve. When stimulated using electrical impulses, signals are sent along the nerve to the brainstem, which then stimulates certain areas of the brain.

Several dedicated clinical trials eventually led to approval by the United States Food and Drug Administration (FDA) in 1997, for an implanted VNS device indicated for the treatment of refractory epilepsy. [9] It is now successfully used to treat epilepsy and drug-resistant depression.

Depression is among the most common psychological disorders. According to the WHO, it affects more than 264 million people worldwide. Mostly, pharmaceutical therapy is used for the treatment; however, in resistant cases, VNS is employed with positive results.

The vagus nerve has direct and indirect connections to a neural circuit pertinent to emotional and cognitive functions relevant in depression. [10] Cytokine receptors present on the brain and along the hypothalamic-Pituitary-Adrenal (HPA) axis are activated by cytokines and are thought to be relevant for the pathogenesis of depression. [11] Patients with depression show elevated levels of pro-inflammatory cytokines in the plasma and CSF. VNS is thought to work by inhibiting the pro-inflammatory effect of cytokines[12] and by decreasing the levels of circulating pro-inflammatory cytokines[13.] The central role of the vagus nerve in the regulation of the neuro-endocrine-immune axis is a potential mechanism of action for VNS in the treatment of depression. [14]

The device planted under the skin sends mild, regular pulses of electrical signals via the vagus nerve to the brain, which help prevent seizures. It is sometimes referred to as the pacemaker of the brain. There have been several studies suggesting that VNS affects the brain in such areas as the thalamus and other limbic structures. Vagal stimulation releases norepinephrine, which is thought to have an anti-epileptic effect. This procedure does not have any systemic side effects and is considered to be a good alternative for patients who have poor tolerance for anti-epileptic drugs[15]. VNS is not a cure for epilepsy, but it decreases the frequency of seizures by 50% and helps improves the quality of life.

It is a relatively new, non-invasive approach for neural stimulation. It involves the stimulation of the vagus nerve through the skin and transiently increasing the levels of GABA and nor-adrenaline.  It has been demonstrated that tVNS targets three neurotransmitters, namely, norepinephrine, gamma-aminobutyric acid (GABA), and acetylcholine. All of these are thought to be directly involved in cognitive functioning [16]. tVNS is considered a better therapeutic alternative to invasive techniques of vagal nerve stimulation because of its lesser side effects and better safety profile17].

After the success of using VNS for the treatment of epilepsy and depression, it is considered that vagal nerve stimulation (VNS) can be used in the treatment of multiple diseases such as inflammatory bowel disease (IBD), cluster headache, multiple sclerosis and Alzheimer’s. While tVNS can be used in treating pain modalities, tinnitus, stroke recovery, and others. Other studies are also being conducted on these procedures as they improve treatment outcomes with fewer medications and less side effects.

[5] Carabotti, M., Scirocco, A., Maselli, M. A., & Severi, C. (2015). The gut-brain axis: interactions between enteric microbiota, central and enteric nervous systems. Annals of gastroenterology: a quarterly publication of the Hellenic Society of Gastroenterology, 28(2), 203.

The autonomic nervous system is a part of the peripheral nervous system. This part is essential for regulation of the  involuntary physiological processes, including heart rate, blood pressure, respiration, digestion, and sexual arousal. It consists of three anatomically different divisions: sympathetic, parasympathetic and enteric.

The development of the autonomic nervous system

The structure of the sympathetic nervous system

Then the fibers may ascend or descend the sympathetic trunk to a superior or inferior paravertebral ganglion then pass to adjacent anterior spinal nerve rami via gray rami communicantes, or these fibers may arrive to prevertebral ganglia across the abdominolpelvic splanchnic nerve.

Paravertebral ganglia present as nodules throughout the sympathetic trunk, adjacent to the spinal column, where pre- and postganglionic neurons synapse.

There are the abdominopelvic splanchnic nerves  include the greater, lesser, least, and lumbar splanchnic nerves. The presynaptic nerves finally synapse in prevertebral ganglia that are nearer to their target organ.

The function of the sympathetic nervous system

The sympathetic nervous system enables the body to use energy appropriately to respond to stressful situations and emergencies, as in the “fight or flight” response.

During normal conditions, blood vessels are existing in a resting state of moderate vasoconstriction.

If sympathetic signals are sent, vasoconstriction increases and vice-versa. However, in coronary vessels, vessels of the external genitalia and the skeletal muscles sympathetic stimulation leads to vasodilation.

The structure of the parasympathetic nervous system

There are the parasympathetic fibers that emergences from  the central nervous system via cranial nerves III, VII, IX, and X, and also through the S2-4 nerve roots. There are four pairs of parasympathetic ganglia, and they are existing in the head.

The third cranial nerve, via the ciliary ganglion, innervates the iris and ciliary muscles of the eye.

The ninth cranial nerve innervates the parotid glands via the otic ganglion.

Each other presynaptic parasympathetic fiber synapses in a ganglion near or on the wall of the target tissue; this leads to the presynaptic fibers being obviously longer than the postsynaptic.

The tenth cranial nerve (the vagus nerve) forms  about 75% of the PNS and supplies parasympathetic input to most of the thoracic and abdominal viscera, with the sacral parasympathetic fibers innervating the descending and rectum and the sigmoid colon.  The vagus nerve has four cell bodies in the medulla oblongata. These include the following:

The function of the parasympathetic nervous system

The parasympathetic fibers are sent to various viscera to do different involuntary functions as:

The structure of the enteric nervous system

The motor neurons in the enteric nervous system coordinate peristalsis, rhythmic muscle contractions that move material along the digestive tract.

Enteric neurons are responsible for regulation the vomiting reflex, which is particularly critical in those cases in which vomiting results as a side-effect of medical treatments.

Welcome to Vagus.net and say hi to our Vagus Nerve Stimulator.