Where is the Vagus Nerve? 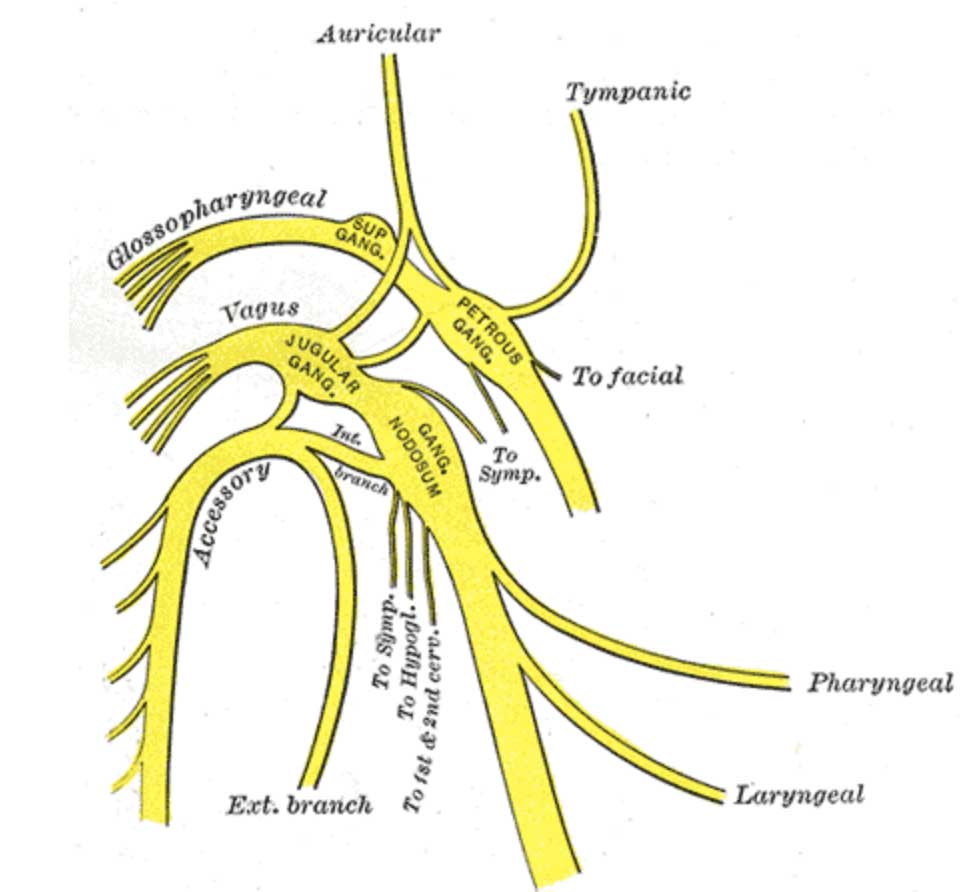 Nerves play a very important role in our body. Nerves form the basis of message conduction in the body. Some take messages from the brain to the body via spinal cord and some nerve fibers are responsible for conducting messages from the body parts like organs to the brain. Hence nerves form the basis of the nervous system which works efficiently by the collaboration of brain, spinal cord and nerves.

The nerve which will be discussed is Cranial nerve X which is named as Vagus nerve. Vagus nerve plays a vital role in the nervous system. It is the longest and one of the most complex nerves. To understand the anatomy of the vagus nerve, it is necessary to have conceptual clarity of its nuclei, the course it takes within the body and how to mark it over the body.

The first thing is how to locate it over the body, marking it on the surface of the skin. For that the first thing is to figure out the location of the Internal Jugular Vein. Then it is marked by two points. The first point is the tragus of the ear. The second point is the medial end of the clavicle. This is the surface marking procedure of the vagus nerve wne you want to locate it in the head and neck region.

Every cranial nerve has nuclei associated with it. These nuclei are basically aggregates of cell bodies of neurons and then the cranial nerves which are actually bundles of axons are attached to them. These nuclei can be either sensory or motor. They can never be both. The sensory nuclei deal with different sensations like touch, light sensations, sound, pain etc. The stimuli such as pain triggers a signal which is received by a nerve which takes it to the sensory nucleus and that nucleus sends the signal to the brain via more nerves.
The second kind of nucleus is the motor. Motor nuclei deal with the actions like moving of hands, moving hand away from a hot object etc.

Some nerves in our body are mixed, some our only sensory while others are just motor. Vagus nerve is a mixed nerve. Now the vagus nerve has 3 nuclei which are, main motor nucleus, Parasympathetic nucleus and sensory nucleus. The figure below explains the nuclear connections of the vagus nerve clearly. 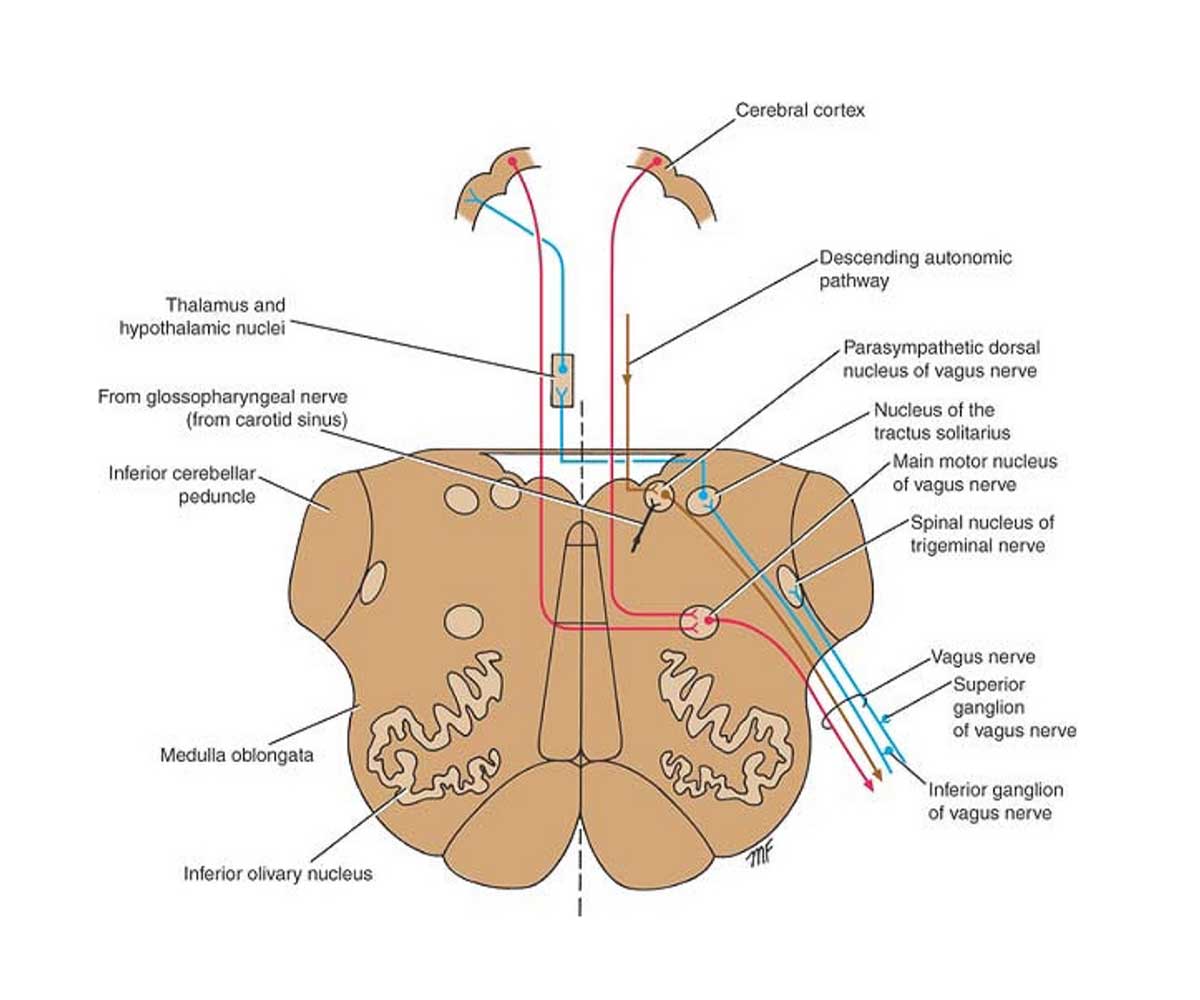 The cerebrum is divided into two hemispheres and it receives information from the corticonuclear fibers from both the cerebral hemispheres. The corticonuclear tracts provide voluntary control over the muscles of head, neck and face. Therefore the vagus nerve even has a role in it.

In addition to this, the efferents i.e the nerve fibers which take the signal away from the nucleus, go to two places. They supply to the constrictor muscles of the pharynx and the second place to which they supply are the intrinsic muscles of the larynx. Now if something happens to the vagus nerve, the intrinsic muscles of the larynx would not perform their action like production of sounds, closing of and opening of the folds and laryngeal cartilages because the vagus nerve gives rise to recurrent laryngeal nerve which in turn gives rise to inferior laryngeal nerve.

However, the efferent, leave the parasympathetic nucleus and supply different other body parts specifically to the involuntary muscles of bronchi, heart, esophagus, stomach, small intestine, and large intestine only the distal one-third of the transverse colon.

Taste sensations are of vital importance. Have you ever noticed that when a person is infected with covid, he or she can not feel the sensation of taste. That is also because the part of this nerve is partially affected which conducts the taste sensations. Sensations of taste travel through the peripheral axons of nerve cells situated in the inferior ganglion on the vagus nerve. That is what the peripheral axons do but the central l processes of those same cells synapse on nerve cells in the nucleus. This completes the connection and helps us to feel the sensations of taste which we do.

Afferent information concerning common sensation enters the brainstem which includes medulla oblongata, pons, diencephalon and midbrain through the superior ganglion of the vagus nerve but ends in the spinal nucleus of the trigeminal nerve.

Hence, all the nerves and their nuclei lie close to each other and work in close proximity.

The Course of Vagus Nerve

Every nerve has its own specific course. Along its course it gives particular branches and eventually exhibits its own function. We will now discuss the course of the vagus nerve. The vagus nerve leaves the anterolateral surface of the upper part of the medulla oblongata as a series of rootlets in a groove between the olive and the inferior cerebellar peduncle of the cerebellum. These rootlets perform their due function in this region. The nerve passes laterally through the posterior cranial fossa which is the area between the jugular foramen and the tentorium cerebelli. Then it leaves the skull through the jugular foramen from where the Cranial nerves IX, X, and XI exit the skull.

Ganglia are clusters of nerve cell bodies found throughout the body. They are part of the peripheral nervous system and carry nerve signals to and from the central nervous system. The vagus nerve possesses two sensory ganglia. The first one is a rounded superior ganglion, situated on the nerve within the jugular foramen. While the second one is cylindrical inferior ganglion, which lies on the nerve just below the foramen. Below the inferior ganglion, the cranial root of the accessory nerve joins the vagus nerve and is distributed mainly in its pharyngeal and recurrent laryngeal branches. Hence the vagus nerve also collaborates with the accessory nerve which is cranial nerve XI for the completion of its function.

The right hand branch of the vagus nerve

The right vagus nerve enters the thorax and passes posterior to the root of the right lung, contributing to the pulmonary plexus. Hence at first it forms a part of the carotid sheath and now a part of the pulmonary plexus. It then passes on to the posterior surface of the esophagus and contributes to the esophageal plexus. It enters the abdomen through the esophageal opening of the diaphragm. The posterior vagal trunk is distributed to the posterior surface of the stomach and, by a large celiac branch, to the duodenum, liver, kidneys, and small and large intestines as far as the distal third of the transverse colon. This wide distribution is accomplished through the celiac, superior mesenteric, and renal plexuses.

The left-hand branch of the vagus nerve

The left vagus nerve enters the thorax and crosses the left side of the aortic arch and descends behind the root of the left lung, contributing to the pulmonary plexus. The left vagus then descends on the anterior surface of the esophagus, contributing to the esophageal plexus. It enters the abdomen through the esophageal opening of the diaphragm. The anterior vagal trunk divides into several branches, which are distributed to the stomach, liver, upper part of the duodenum, and head of the pancreas.

Therefore, by dividing into left and right branches, the vagus nerve not just supplied to the head and neck region but also supplies to the stomach, small intestine, large intestine, pancreas, lungs, esophagus, pharynx and larynx through different plexuses like esophageal plexus, pulmonary plexus etc.
The image below is a simplified version representing its courses.

FUNCTIONS OF The VAGUS NERVE

The vagus nerve has various functions. It regulates the internal body functions.
It controls the respiratory rate, the heart rate and the process of digestion. It takes part in all the major activities even the vasomotor functions like coughing, sneezing, vomiting and swallowing.

Whether it is peristalsis or anti-peristalsis, the vagus nerve plays its role. Its anatomical structure is of such an importance that it even supplies to the glands of mucous membrane of the major structures present in the neck for example, pharynx, larynx, organs in the neck, thorax and abdomen.

These are the functions covered by general visceral efferent. In addition to this it also deals with the special visceral efferents, via which it supplies to the skeletal muscles of larynx and pharynx. The heavily supplied pharynx and larynx are working properly partly due to the presence of vagus nerves. It divides and gives branches for their smooth functioning.

It also supplies the ear. The tympanic membrane and external auditory meatus are supplied by the vagus nerve which helps in the functioning of hearing. Other than this, the vagus nerve also provides takes the information and signals from the abdominal viscera like the stomach, pancreas, small and large intestine and from the thoracic viscera like lungs to the valid anatomic structures for proper functioning of abdominal and thoracic viscera. In addition to that, afferents from the aortic arch and body also leave the vagus nerve.

Taste is mainly conducted by various nerves. Vagus nerve also plays its parts when the taste from the epiglottic portion of the tongue is concerned.

CLINICAL TESTING OF VAGUS NERVE TO DETECT ITS FUNCTIONING

We can detect if the vagus nerve is performing its function efficiently or not. For this purpose, different clinical tests are present for example, the palatal arches can be used for this. The size of both the palatal arches are compared.
To analyze if it's working or not, the uvula is seen. On the paralysed side, there is no arch. However, uvula is pulled to the normal side. Loud gargling with water or loud singing activates our vocal cords which in turn stimulates the vagus nerve. Foot massage which include gentle or firm touch can assist in stimulation the vagus nerve

Different symptoms prove the faulty functioning of the vagus nerve like when the person swallows some liquid it comes out in the form of nasal regurgitation. The liquid starts coming out of the nose. Secondly the voice changes. The voice has a nasal twang to it which is different from the normal sound. At times the voice tends to become hoarse. The palatal arches, when examined, are flattened. Upon different radiological examinations, the vocal cords seem in a cadaveric position which is different from the normal position of the vocal cords. Above all dysphagia is a major symptom. It becomes painfully difficult for the patient to swallow anything. The patient continuously feels that something is stuck in either his throat or chest. Heartburns and regurgitations often accompany it.

The vagus nerve is one of the most important cranial nerves in the human body. Which not only transmits all the signals from the body parts like abdominal organs and thoracic organs to the brain and spinal cord, but it also takes efferents from the brain to different organs. The Vagus nerve ensures the smooth functioning of all the body parts. The course of the vagus nerve has been explained in depth above and a simplified version is also demonstrated in an attached picture. It divides into left and right branches and performs its function by giving rootlets everywhere. It even collaborates and mixes with the cranial nerve XI i.e the accessory nerve and supplies accordingly to the sternocleidomastoid and trapezius muscles in the head and neck region.

When this nerve is not functioning properly it presents different signs and symptoms like regurgitation, dysphagia etc so that they can be detected and corrected accordingly. Being the longest cranial nerve in the body which is linked to almost all the systems including the digestive and respiratory systems of the body, it bears a lot of importance. 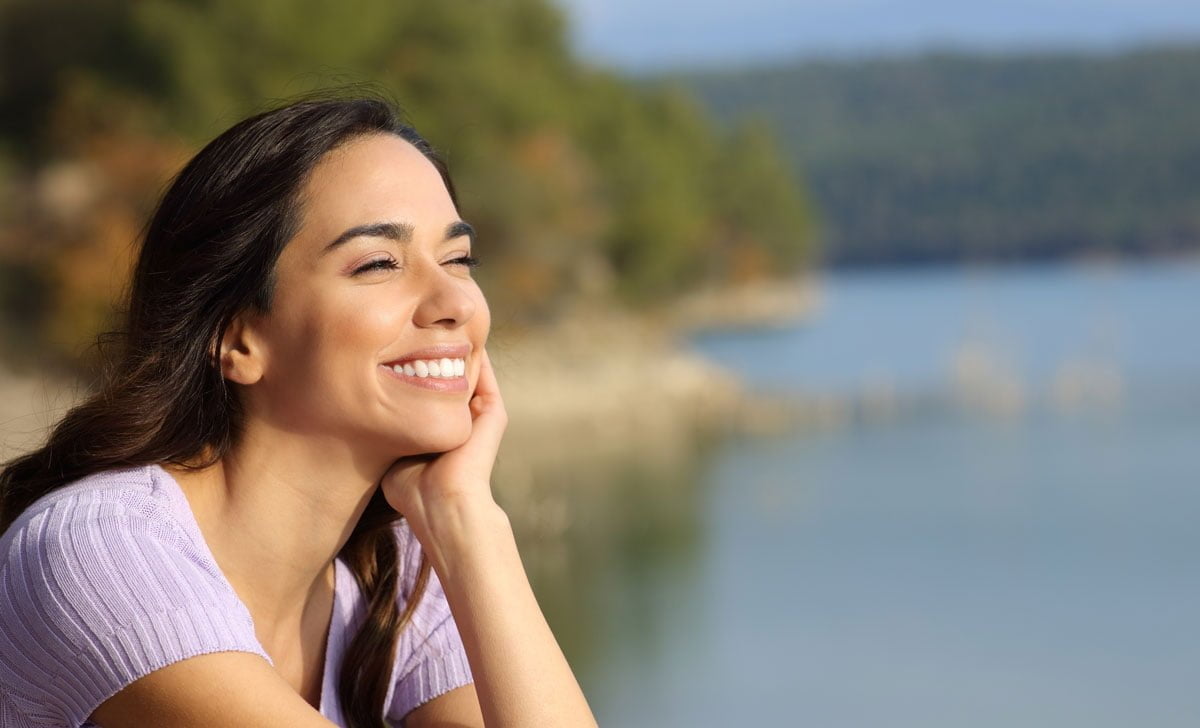 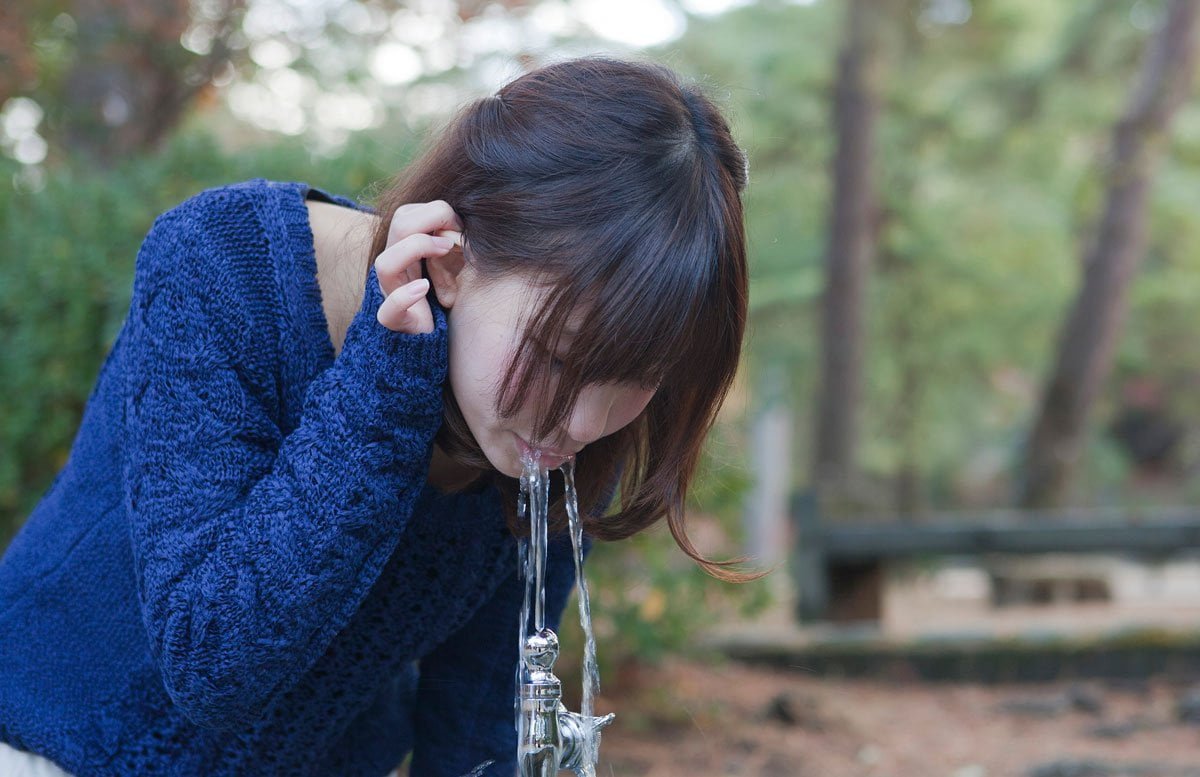 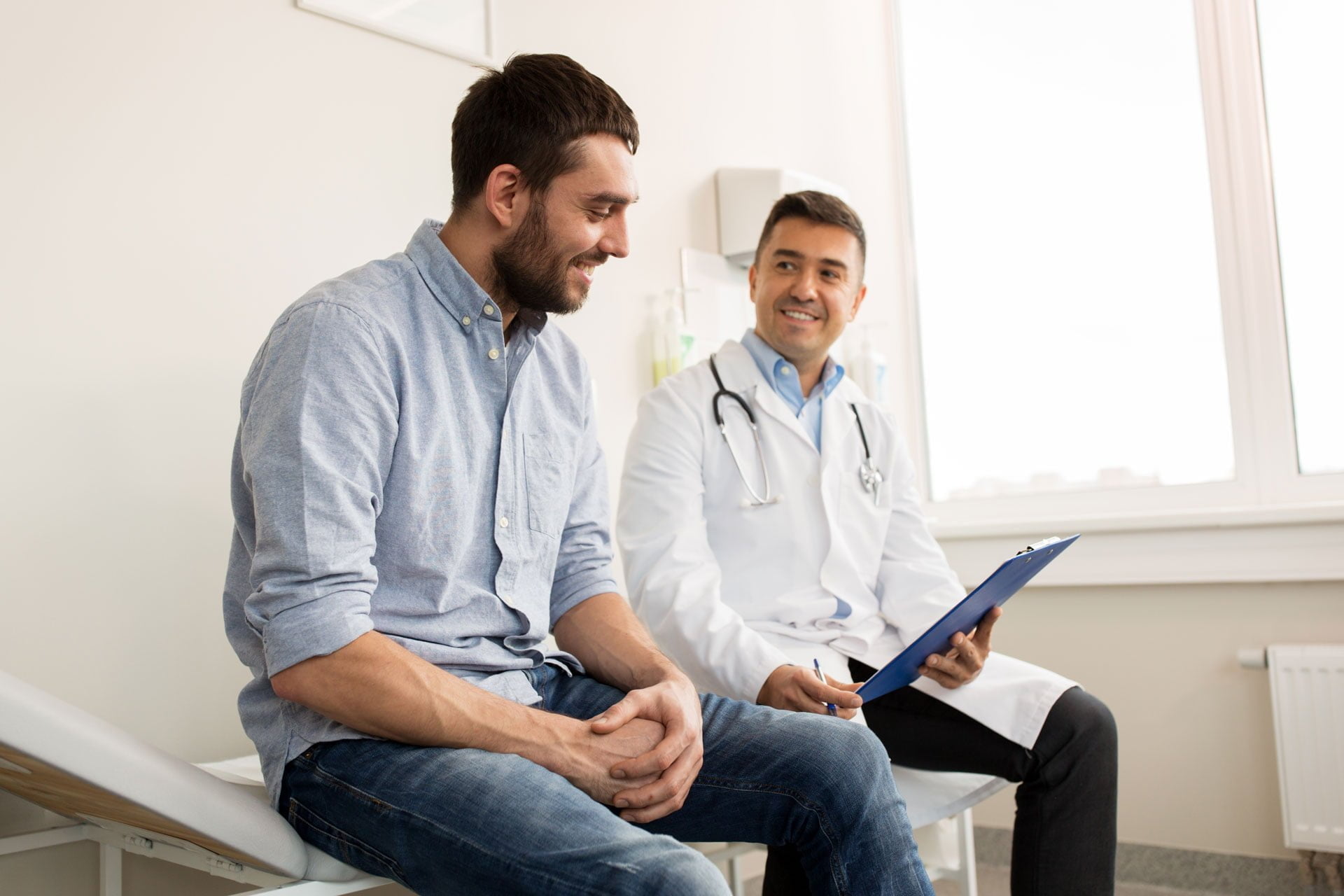